Guy Pearce stars in this post-apocalyptic Western about a lone-wolf drifter who joins forces with a wounded man to pursue a sadistic band of thieves. A decade after the collapse of the western world, Australia has become a lawless wasteland. 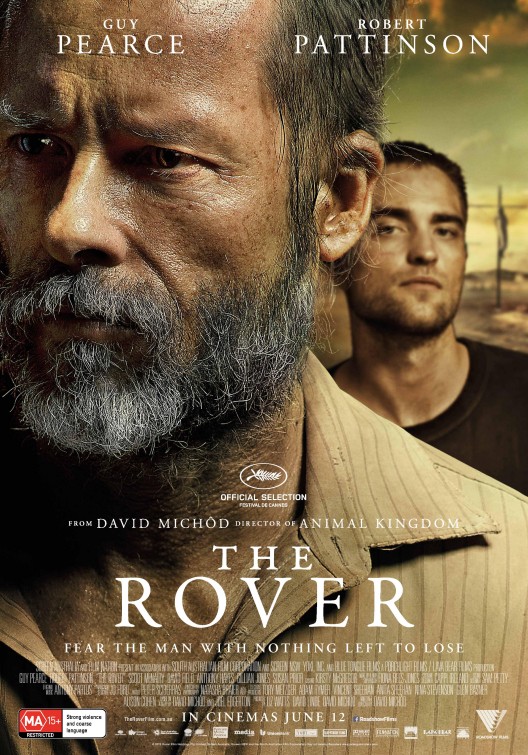 As desperate outsiders pillage the country’s precious mineral resources, taciturn Eric (Pearce) travels from town to town searching for signs of life. Then, one day, Eric falls prey to vicious thieves who steal his car. In the process of making their getaway, the thieves abandon Rey (Robert Pattinson), their wounded partner in crime. 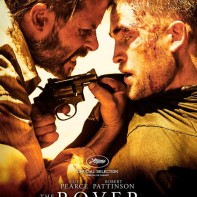 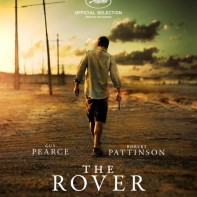 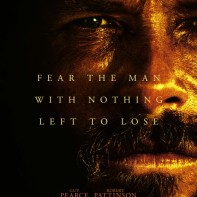 Meanwhile, Eric vows to reclaim his most-treasured possession by whatever means necessary, and forces Rey to help him track down the men who left him for dead. Scoot McNairy and David Field co-star in this grim tale of revenge from writer/director David Michôd (whose script for the 2010 crime drama Animal Kingdom took the Best Screenplay prize at that year’s Australian Film Institute awards).

My Rating : 3/5 STARS
MovieStudio Quote >> “A little Expendables tale in it’s own way.”

David Ayer’s Sabotage stars Arnold Schwarzenegger stars as Breacher, the veteran DEA agent in charge of a fearless squad. After effectively hiding 10 million in drug money during an epic bust, their plan falls apart when they return to discover that someone has swiped the cash. 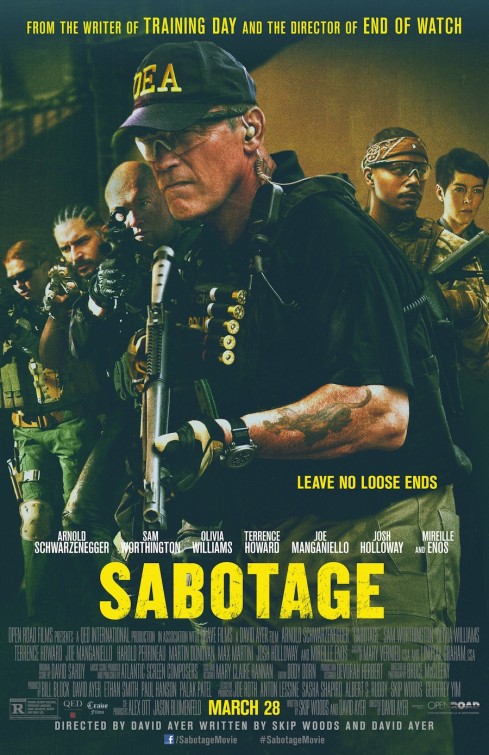 As the incident gets investigated, everyone is suspended from duty. After authorities fail to bring any charges, Breacher starts retraining the group which has grown rusty and distrustful of each other during the long layoff. Soon, members of Breacher’s crew start dying in gruesome fashion. He gets close to Caroline Brentwood (Olivia Williams) the investigator put in charge of the case. 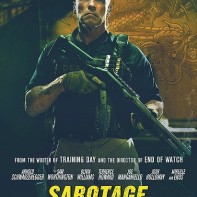 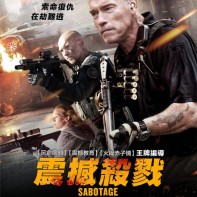 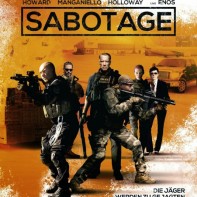 Caroline eventually learns about a dark secret from Breacher’s past. Soon the remaining members of the crew realize that one of them is responsible for the murders, and that same person probably has the cash as well.

Wes Anderson heads to Europe for the first time with this Indian Paintbrush production starring Saoirse Ronan, Ralph Fiennes, Bill Murray, and Jude Law. Gustav H., the famous concierge at a legendary hotel situated in the Alps during the 1930’s becomes the center of a farcical whirlwind of suspicion when one of his institution’s oldest and richest patrons turns up dead, and she suspiciously leaves him her most priceless work of art — a Renaissance painting of a boy with an apple. 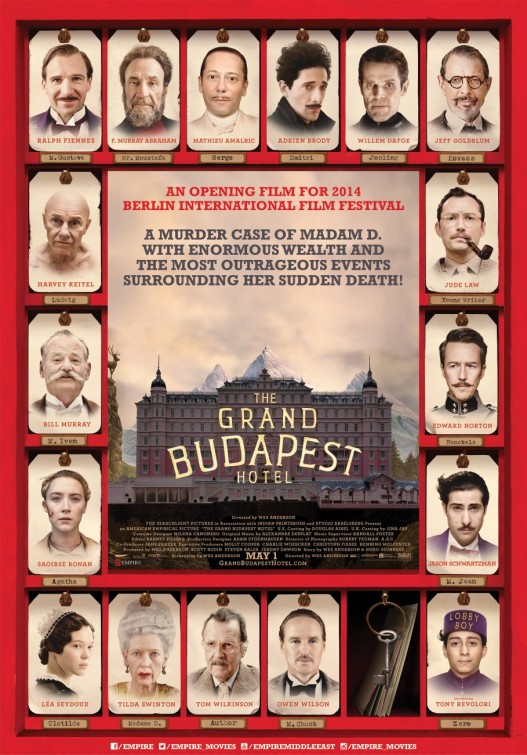 Infuriated that she left anything of value to anyone else, the woman’s greedy and nefarious heir uses all manner of underhanded and illegal tactics to pin her death on Gustav and to silence anyone who questions his objective of inheriting every penny of her estate, leaving Gustav’s trusted lobby boy Zero to clear Gustav’s name and prove that the grand lady’s killer is none other than her own son.

My Rating : 3.5/5 STARS
MovieStudio Quote >> “Cooper and Jackson takes the killer tension in balance till the end, where it then gets a little cheesy!”

A hotshot district attorney finds himself at the mercy of a cunning serial killer in this twisting crime thriller starring Dominic Cooper and Samuel L. Jackson. Ambitious DA Mitch Brockden (Cooper) is on the fast track to success when, driving home one frigid winter night, he accidentally runs down a man who dashes into the street. 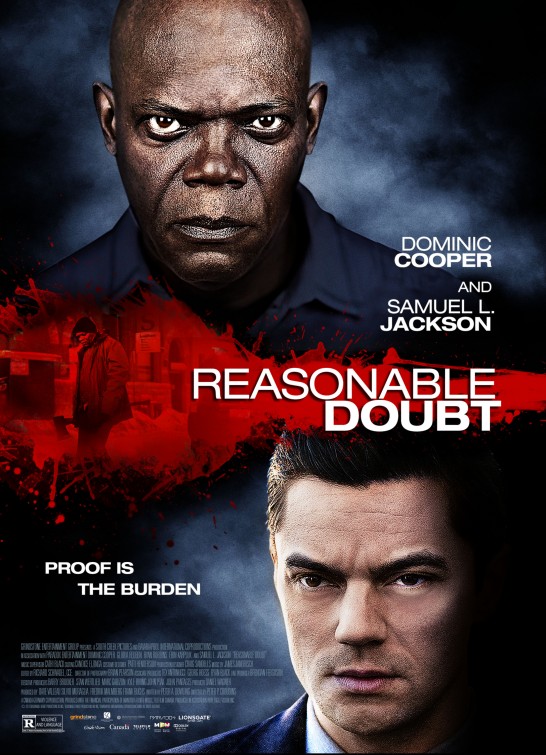 In a panic, Brockden flees the scene. Meanwhile, accused criminal Clinton Davis (Jackson) faces 20 years to life after being found with the body. When the case goes to trial, Brockden’s nagging conscience drives him to acquit Davis, who has claimed innocence from the very beginning.

But mounting evidence indicates that Davis may still harbor a dark secret, and when Brockden uncovers that secret he finds his life turned upside down, and his family in mortal danger.

My Rating : 4/5 STARS
MovieStudio Quote >> “Maynot be one of DiCaprio’s best yet, but he seriously outperforms here.”

Martin Scorsese reteams with Leonardo DiCaprio for this adaptation of Jordan Belfort’s memoir about his exploits as a crooked banker. Terence Winter provides the screenplay. Jonah Hill and Oscar winner Jean Dujardin co-star. 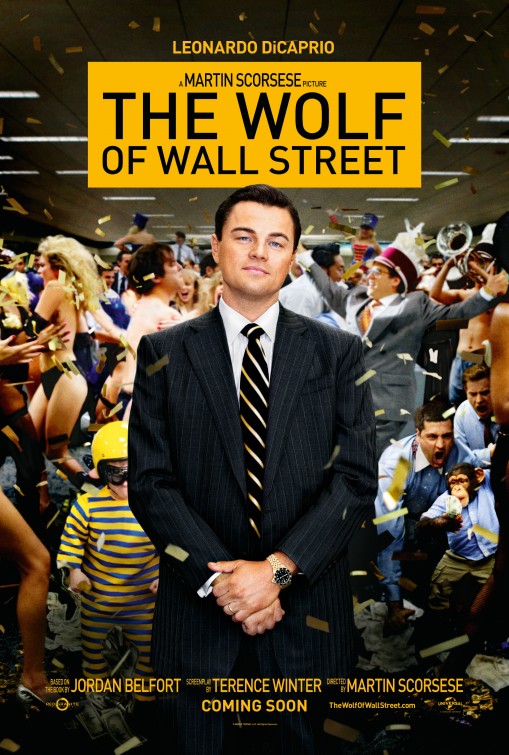 From the American dream to corporate greed, Belfort goes from penny stocks and righteousness to IPOs and a life of corruption in the late 80s. Excess success and affluence in his early twenties as founder of the brokerage firm Stratton Oakmont warranted Belfort the title – “The Wolf of Wall Street.” 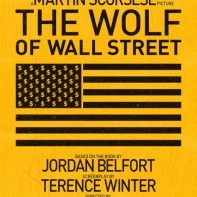 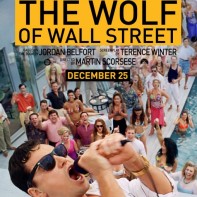 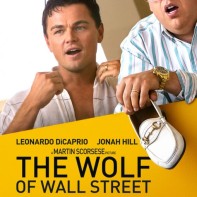 Temptations were for the taking and the threat of authority was irrelevant. For Jordan and his wolf pack, modesty was quickly deemed overrated and more was never enough.

My Rating : 3/5 STARS
MovieStudio Quote >> “The first half started off as an amateur ‘Fast & Furious’ version and the second was pretty impressive.”

A mechanic who moonlights as an underground race-car driver strives to take the top prize in America’s most prominent street race in order to have his revenge against the ambitious ex-NASCAR champ who had him framed and sent to prison. Inspired by the popular video-game franchise of the same name, Need for Speed tells the story of garage owner Tobey Marshall (Aaron Paul). 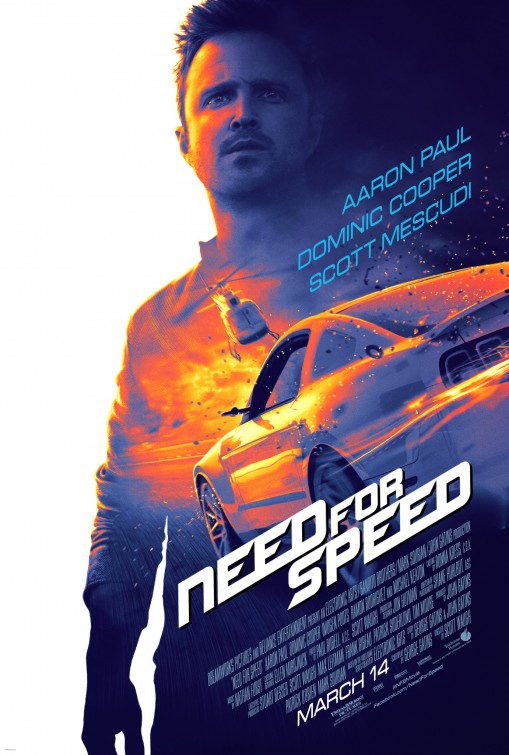 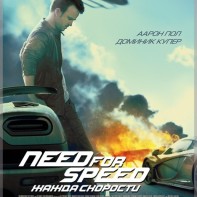 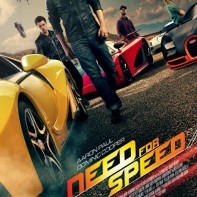 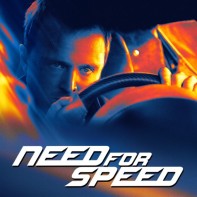 Released from prison two years later, the vengeful Marshall plots to prove his mettle by winning the De Leon — an illicit race showcasing the country’s top underground talents. But getting to the De Leon will be no simple task, because not only has the ruthless Brewster put a bounty on Marshall’s prized car, but the police are hot on his trail during the white-knuckle, coast-to-coast dash.

Fortunately for Marshall, his loyal crew and Bonet are willing to help him get to the starting line in time for the big race. Scott “Kid Cudi” Mescudi, Ramon Rodriguez, and Michael Keaton co-star.

The policemen, Ali Sokhela and Brian Epkeen, investigate a massacre during apartheid in South Africa, which apparently took place because a new illegal substance became available. As a child, Ali Sokhela (Whitaker) narrowly escaped being murdered by Inkhata, a militant political party at war with Nelson Mandela’s African National Congress. Only he and his mother survived the carnage of those years. But as with many survivors, the psychological scars remain. Today, Ali is chief of the homicide branch of the South African police in Cape Town. 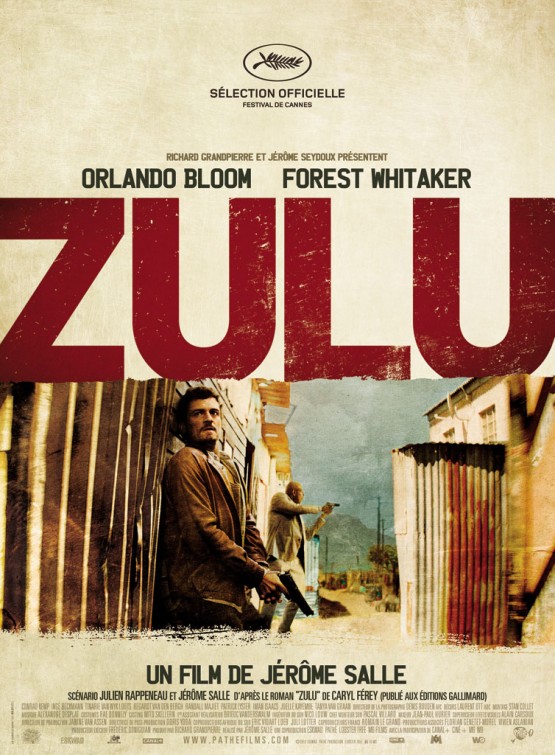 One of his staff is Brian Epkeen (Bloom), a free-wheeling white officer whose family was originally involved in the establishment of apartheid but who works well with Neuman. Together they have to deal with crime that inevitably exists in sprawling areas of un -and under- employed people, crime exacerbated by gangs, both local and from other parts of Africa.

Their job gets even more difficult when the corpses of two young women are found. A new evil has been introduced in the city and a new drug has been introduced to its residents, including both murder victims. At the chaotic crossroads where brutality and modernization collide, the echoes of apartheid still resound in the shadows of a society struggling toward reconciliation.

A man with the power to guide people back into their memories seeks to determine whether a troubled teenage girl is a cunning sociopath, or the anguished victim of repressed suffering in this mind-bending psychological thriller. John (Mark Strong) has a unique gift for exploring other people’s memories — a talent that he used to assist in police investigations until the day he suffered a stroke during a particularly intense session. 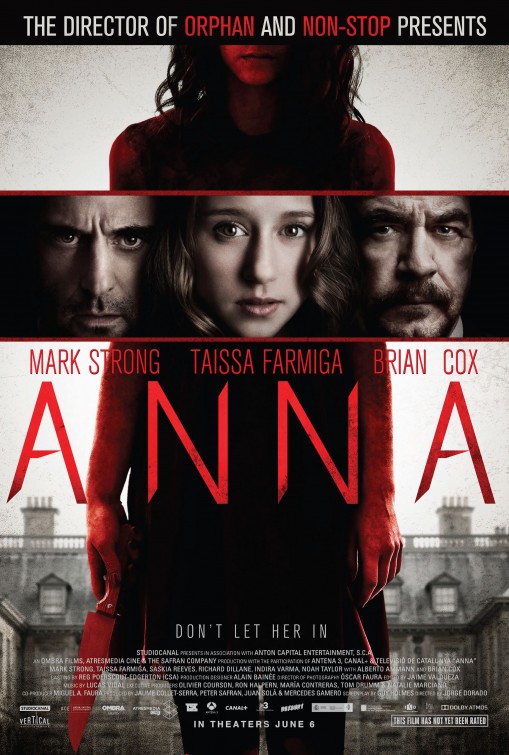 He’s never been the same since, and after his wife dies, John is left destitute and alone. Later, when John happens across the unusual case of Anna (Taissa Farmiga), the highly intelligent scion of a wealthy family who is currently staging a hunger strike, he senses an opportunity to once again use his powers for good. 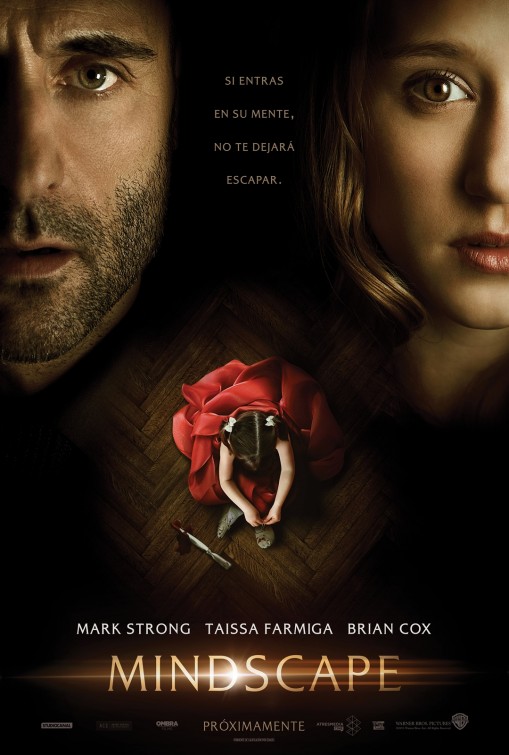 Now the deeper John probes into Anna’s mystery-shrouded past, however, the more he begins to suspect that she’s a master manipulator, and that she could be guiding him down a very dangerous path. The movie is also called ‘Mindscape’ in some countries.

My Rating : 2.5/5 STARS
MovieStudio Quote >> “Old Boy is absolutely incomparable to the Korean version, but for first timers, this should be a little interesting. ”

Oldboy is a provocative, visceral thriller that follows the story of Joe Doucette, a man who is abruptly kidnapped and held hostage for 20 years in solitary confinement, for no apparent reason. 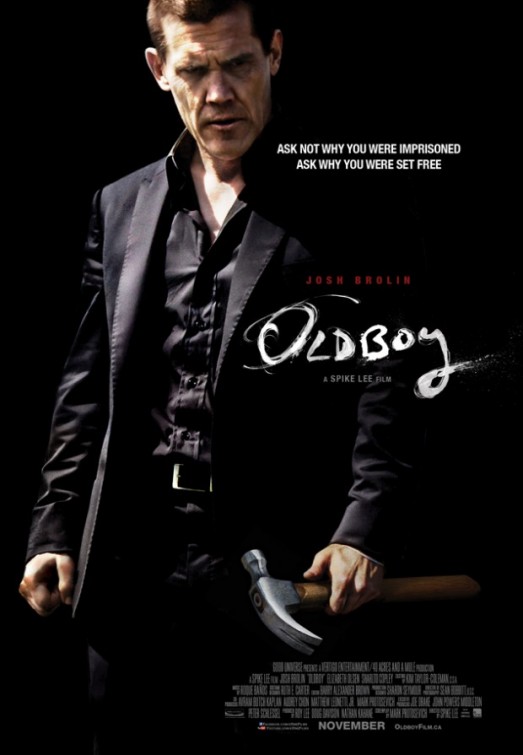 When he is suddenly released without explanation, he begins an obsessive mission to find out who imprisoned him, only to discover that the real mystery is why he was set free. Co-starring Elizabeth Olsen and Sharlto Copley, OLDBOY was directed by Spike Lee, from a script by Mark Protosevich (I Am Legend, The Cell, Thor). The film was produced by Roy Lee, Doug Davison and Nathan Kahane. 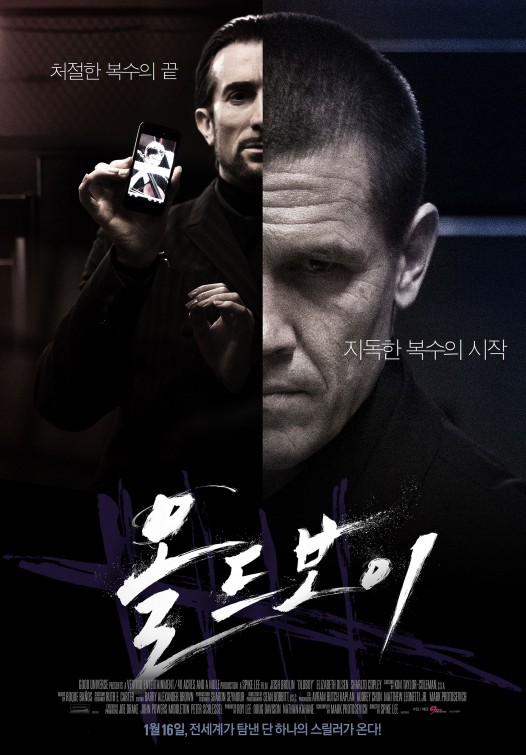 My Rating : 3/5 STARS
MovieStudio Quote >> “John Jarratt doesn’t make this look like a sequel. Bloody gores and a neat script.”

Outback serial killer Mick Taylor (John Jarratt) returns to torment another group of unsuspecting tourists in this sequel from original Wolf Creek director Greg McLean. The horror begins when backpacking German couple Rutger (Philippe Klaus) and Katarina (Shannon Ashlyn) make their way to Wolf Creek Canyon, where they are forced to pitch a tent for the night after failing to thumb a ride back to the city. 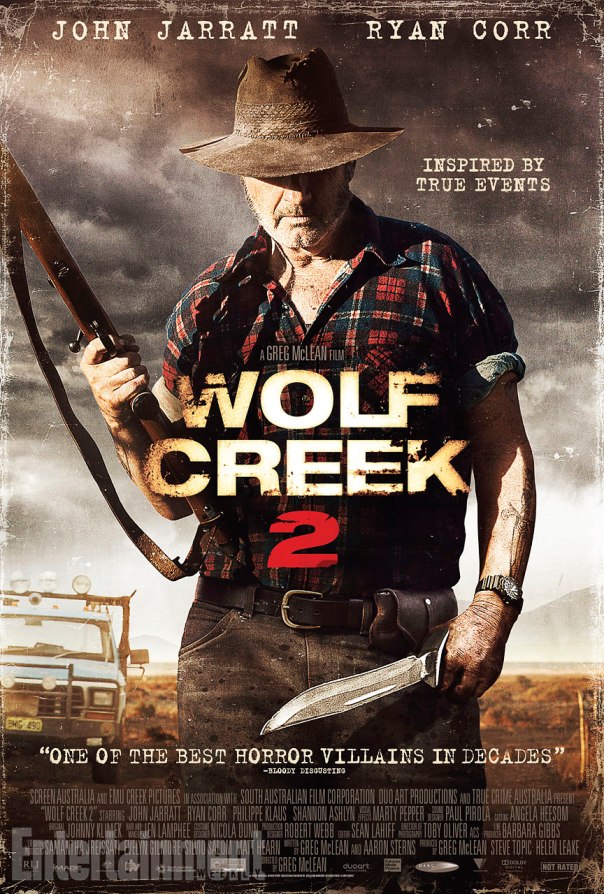 That decision yields deadly repercussions when Taylor turns up in the middle of the night and quickly reveals his murderous intentions. Miraculously, Katarina manages a daring escape and flags down British surfer Paul (Ryan Corr), who will soon learn exactly why she is covered in blood and running scared. Now, the nightmare is bearing down on them in Paul’s rearview mirror, and deep in the outback, there is no place to hide.