My Rating : 4.5/5 STARS
MovieStudio Quote >> “Sophie and Rush portrays a masterful performance in this literature/war masterpiece.” 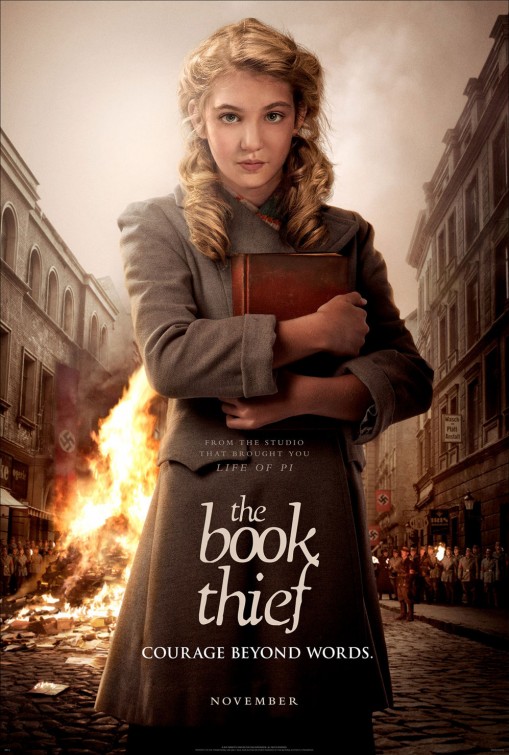 Liesel Meminger, a young German girl growing up in Nazi Germany, is the star of the show. She’s also the chief book thief in the novel, which is narrated by Death. When Liesel’s foster parents decide to give refuge to a young Jewish man hiding from the Nazi regime, the characters grow and change in horrible and beautiful ways.

Molly (Tessa Thompson) encounters the MIB as a young girl and becomes obsessed with finding the secret organisation. She’s written off as crazy for believing in aliens, but her persistence […]
Men in Black: International (2019)

Not all superheroes wear capes and not all want to save the world. Some — Samuel L. Jackson as Mr Glass, hope to believe in themselves even as the world […]
Glass (2019)

Mankind’s technological breakthroughs in the development of artificial intelligence and robotics has eventually lead to a global war. Afterward, the remnants of humanity struggle to survive in a post-apocalyptic wasteland […]
Future World (2018)

The Battle of Midway was a turning point in the Pacific Theater of World War II. It started with the Imperial Japanese Navy attacking Pearl Harbour in Hawaii that lasted […]
Midway (2019)

As a child, Charlotte (Allison Williams of Girls) was a master cellist but when her mother fell ill, she was forced to leave a prestigious academy to take care of […]
The Perfection (2018)

Based on a true story, director Kriv Stenders (Red Dog) puts faces to some of the names of just over one hundred inexperienced young Kiwi and Aussie soldiers who held […]
Danger Close (2019)

It’s eyeball-freezing cold up there in the Arctic. You can feel it in this movie’s bones. Danish actor Mads Mikkelsen does wonders with the role of Overgård, the downed pilot […]
Arctic (2018)